In Interlinear, the Swedish text is followed by an English translation below each word or phrase.

Or scroll ↓ to read more about this Swedish book…

What is The Treasure: Sir Arne's Money about?

The Treasure: Sir Arne's Money (Skatten: Herr Arnes Penningar, which combines the English title Treasure with the Swedish title) is a story by Selma Lagerlöf about vengeance, forgiving, love and fate. While written in the 20th century, the story depicts Swedish life in the 16th century. It forms part of the well-known classic literature read at Swedish schools.

Selma Lagerlöf was a 20th century Swedish writer of symbolistic modern narrative prose. In 1909 she won the Nobel Prize "in appreciation of the lofty idealism, vivid imagination and spiritual perception that characterize her writings," becoming the first woman to win the prize in literature. 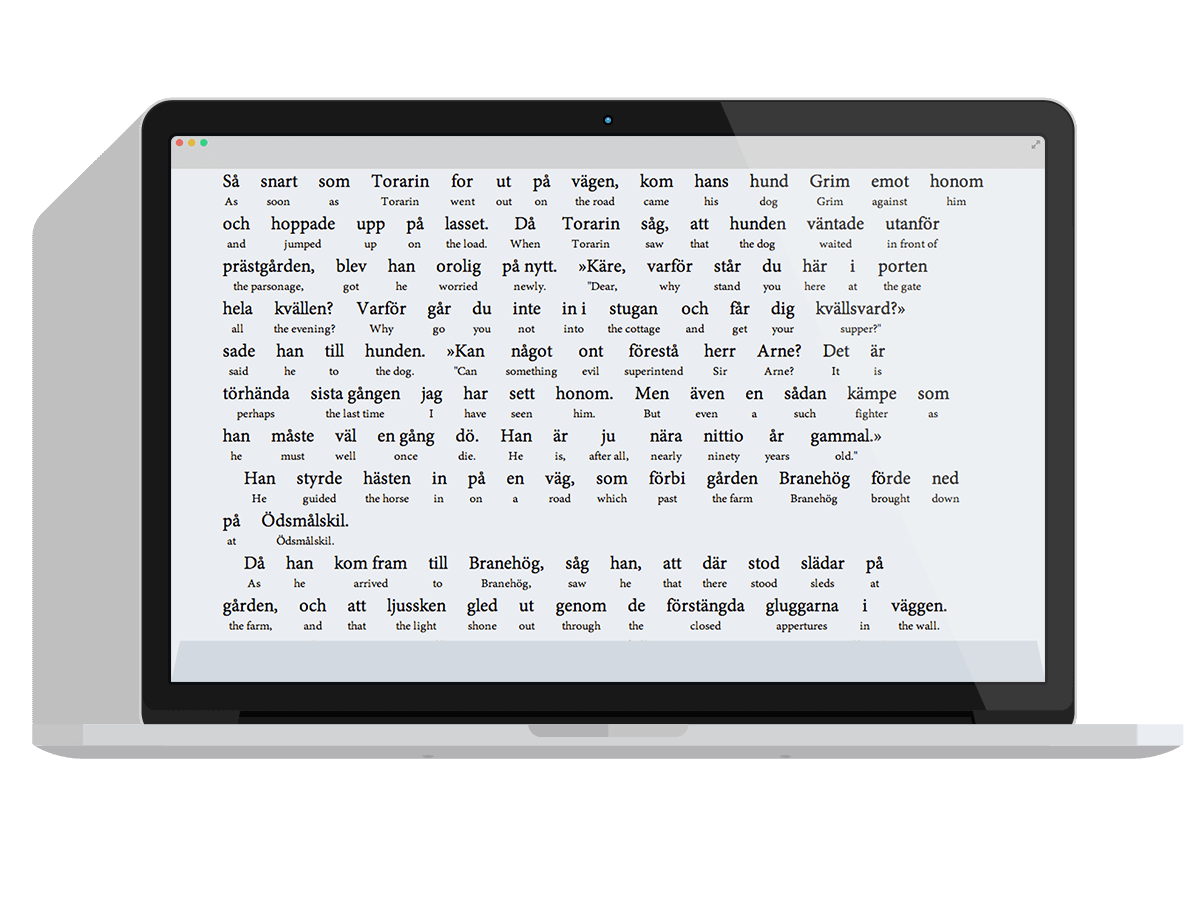 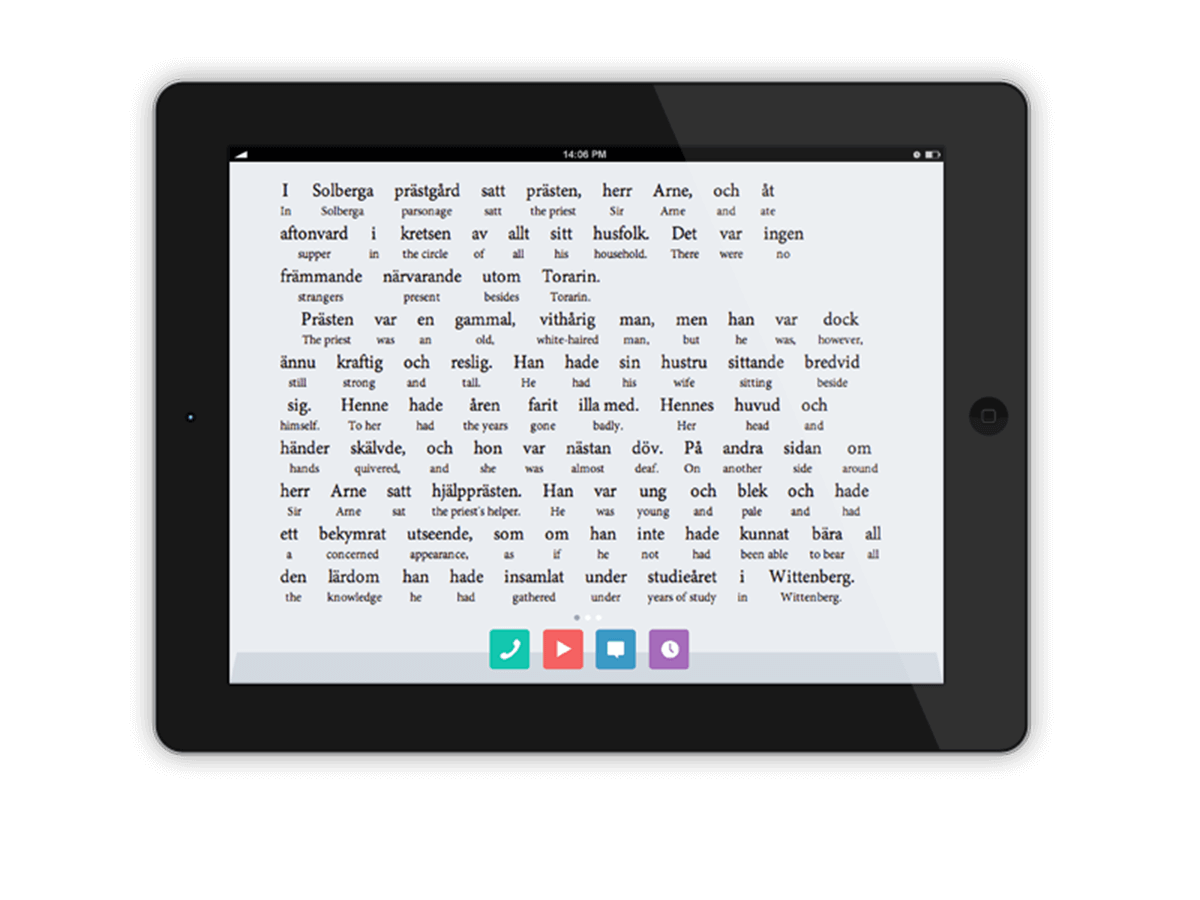 How was this Swedish translation made?

Interlinear translations attempt to translate words one by one and literally except where a literal translation would impair understanding. If so, understanding is prioritized.

For example, even though the more usual translation of the next phrase would be the dog did not follow him, we have opted for a more literal translation as it is still understandable:

Hunden The dog
följde followed
inte not
efter after
honom. him.

But try reading this translation if it were literal:

Med With
detsamma the same
gick went
dörren the door
till to
stugan the cottage
upp. up.

This is rather hard to understand if translated literally, therefore we prefer a more understandable and less literal translation:

In summary, we have made our translations to be literal, even if slightly clumsy. Unless such clumsiness hinders understanding, in which case we have opted for understanding.

Our Swedish translation makes use of the fact that Swedish and English are both Germanic languages: we use cognates where we can to help you remember words.

Similarly, we translated the Swedish word folk as folks instead of people, därinne as therein instead of there, etc.

Since Interlinear translations are primarily intended for learners, we have modified the original text to replace obsolete grammatical forms with contemporary ones.

For example, the original included the verb voro, which is an archaic past plural form of vara. We replaced this form with its modern equivalent var.

However, we aimed to never make such changes where that would sacrifice the originality or change the meaning of the text. Moreover, we have also left intact all of these forms which are still encountered in Modern Swedish, albeit less frequently. Thus, for example, the form skall for shall (the more frequently used current word being ska) was left in place.

Type your e-mail address below to receive our updates about new Interlinear books, discounts and news.